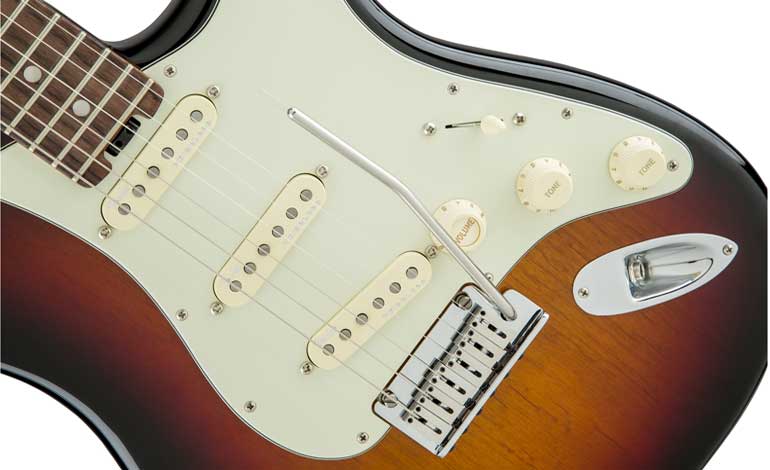 In MusicNexo we wanted to end the year with one of the most outstanding releases of 2016: the Fender American Elite electric guitars. With this new series, the American brand wanted to launch a product that meets the demands of today’s musicians, without renouncing its traditional and classic style, and indeed it did so! They are versatile, innovative, and impeccable aesthetics… Join us on discovering its features.

The most innovate of Fender electric guitars

Although the Fender American Elite electric guitars maintain the traditional aesthetics of the brand on the outside, its interior represents an entirely different instrument, in which we find more than a dozen innovations. And, as Fender’s executive vice president, Richard McDonald, pointed out during the launch of American Elite in early 2016, this is the most advanced and innovative series of guitars and basses the brand has made to date.

The American Elite series brings innovations for several of its electric guitars and basses (Stratocaster, Telecaster, Jazz Bass, Precision Bass, and Bass Dimension); however, you can appreciate this innovative commitment of the American brand in the Fender American Elite Stratocaster guitar: a reinvented icon that offers a more versatile sound and a new construction that, besides being flawless and striking, aims to provide the greatest comfort. In short, a guitar for demanding musicians who seek the best performances.

But what are those innovations that make the guitars so special? Here are some of them… 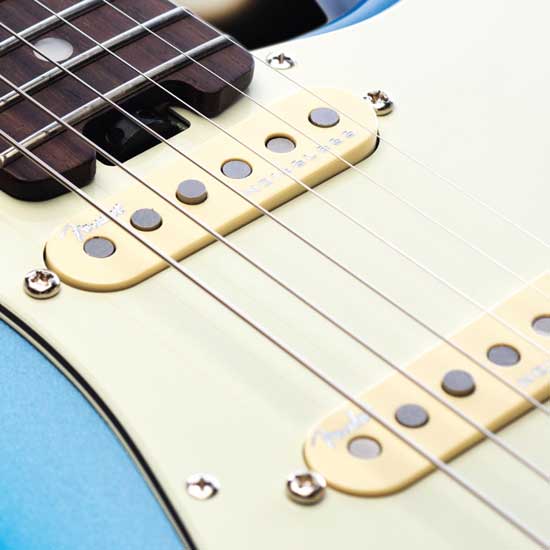 Fender American Elite electric guitars bring a new generation of pickups (only available in this series), developed with technology that eliminates annoying, background noise, while at the same time offering the classic sound of simple pickups. We hear a vintage, crisp, and clean sound.. 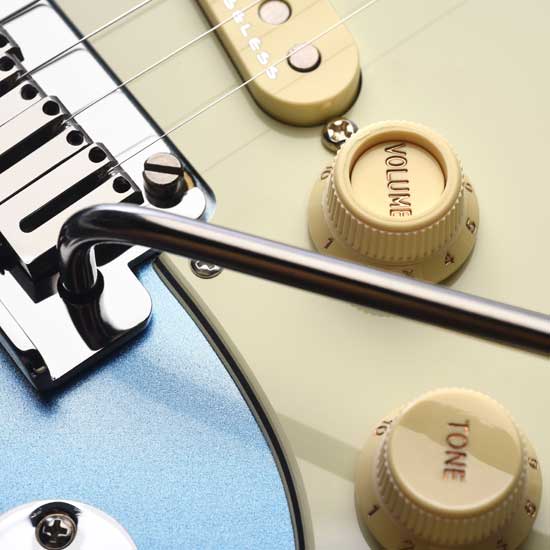 The electronics zone also offer innovations with the Fender American Elite electric guitars for ease of use. For example, the Soft Touch control potentiometers, which allow greater grip and less brake to vary the tone and volume comfortably and quickly; or the Switch S-1, which activates and deactivates different connections with a single touch. 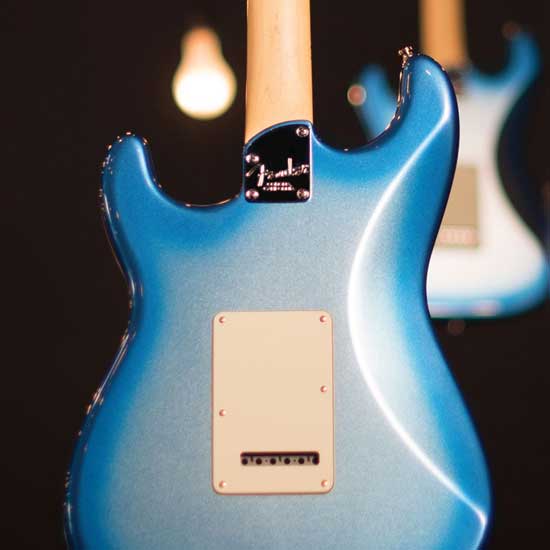 Design of the neck

It is one of the main innovations of this range of Fender electric guitars: the new neck was designed to be as comfortable as possible. Thus, the American Elite features a radius and forms compounds neck, that start with a “C” (so characteristic of the latest Fender electric guitars) and 9″ profile in the capo and the first frets, and little by little it is transformed into a type “D” and 14″ profile in the heel. Also, in that area, the body part that joins the neck has been rounded in an asymmetrical way to obtain greater comfort in the upper frets.

Alongside these three outstanding innovations, we also find others such as the new adjustment of the truss rod, which is done with a round nut, or the new headstock with all the short shanks.

Certainly, the perfect finishing touch for these electric guitars is its exterior appearance: following the iconic line of the brand (where craftsmanship and quality stand out above the rest), but with new and shiny finishes that make it look like it is not a normal instrument.

Also, the body of the Fender American Elite Stratocaster has been redesigned ergonomically with more sculpted and pronounced contours that reduce its weight, provide greater comfort, and lead to a more eye-catching aesthetic.

Do you want to have it in your hands? In the MusicNexo online store you can find some models of this series, such as American Elite Stratocaster electric guitar with Aliso body and Gloss Polyurethane finish. These guitars feature a maple neck with 22 medium jumbo frets, 25.5 “(648 mm) scale, 1,685” (42.8 mm) wide capo, rosewood fretboard, “new 4th Generation Noiseless” pickups and Trémolo Deluxe 2-point bridge synchronized with pressure lever. They come assembled with 009 caliber Fender USA strings. 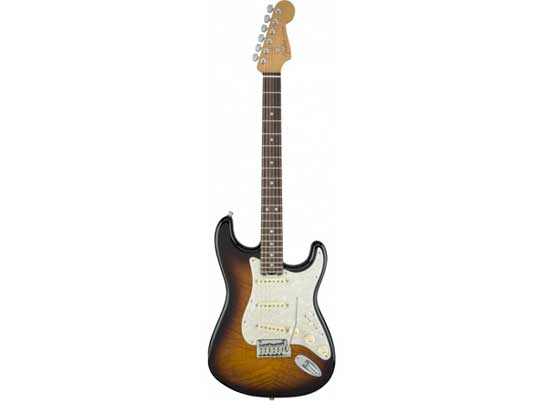 Fender’s support for innovation and improvement in the performance of its products is confirmed this year not only with the launch of the series of Fender American Elite electric guitars but also with the market debut of new Deluxe versions of some of its more representative models. The purpose of this series is to respond to the demand of experienced musicians who want to go one step further (both in the studio and on stage) without giving up an affordable price.

That’s why Fender has already released modernized versions of its most classic models; for example, you can find this Fender Deluxe Stratocaster electric guitar in MusicNexo: with additional pickup combinations, noise elimination system, ergonomic enhancements for maximum convenience… and more!